You’re probably somewhat aware of how powerful the banks are. But do you really know the full story?

Towards 2019: Whats Next For The Housing Market?

The Australian residential housing market has been highly variable this year, and we’ve seen some highlights as well as lowlights. We look ahead at what’s expected for the remainder of 2018 and beyond.

Westpac Bank will increase variable interest rates for both residential owner occupied and investment loans, despite the RBA keeping the cash rate on hold for the past two years at 1.5%.

Separating With A Mortgage

When a couple breaks up, there are a lot of things to deliberate. Where are you going to burn the romantic photos? Who gets to keep the slow cooker? How quickly can I get that ring up on Gumtree? Most importantly, what happens to the house…? 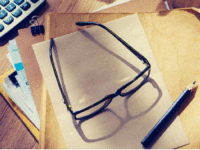