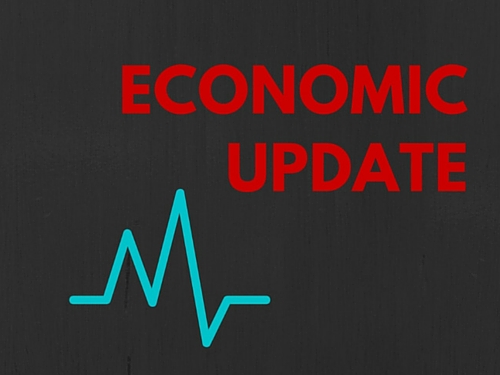 The Australian dollar depreciated against all the major currencies in May. The AUD finished down 5.65% against the USD to $US0.7234. This was largely driven by the RBA downgrading their inflation forecast and the USD strengthening on the back of increasing expectations of a Fed rate hike.

Commodity prices were mixed in May driven by a strengthening USD and concerns over a potential Chinese credit crisis.

The price of West Texas Intermediate Crude finished the month at $US49.1/bbl, up 6.9%, while the price of Brent was up 4.5% to $US49.89/bbl. Supply side events were the main drivers of this with security concerns in Nigeria and Libya, Africa’s largest suppliers of oil, and the wild fires in Canada being the main catalysts.

Australian shares continued to appreciate during May, with the S&P/ASX 200 Accumulation Index adding 3.1%. The market has recovered more than 12% from its February low, and is now trading slightly above end-2015 levels.

The Energy sector fell 1.9%, as it took a breather following a strong run in recent months, despite the oil price rising by around 5%.

The Australian dollar weakened following the RBA’s interest rate cut in early May. This provided support for the Health Care sector (+9.4%). Companies such as CSL (+10.1%), Cochlear (+11.7%) and ResMed (+9.4%) derive a significant proportion of their earnings from overseas. A lower interest rate also increased the attractiveness of higher-yielding sectors, including Telecoms (+5.0%) and Utilities (+2.6%).

A 0.25% cut in Australian interest rates in early May provided support to income-producing investments such as A-REITs and helped propel the S&P/ASX 200 Property Accumulation Index 2.6% higher over the month.

The first equity raising of the year was completed in the listed property sector, with Charter Hall Group (+10.0%) raising an additional $600 million to finance the acquisition of a Sydney office building and some automotive assets.

Shopping centre operator Westfield Corporation (+6.1%) announced it will maintain a primary listing in Australia, following speculation that the company could delist from the ASX. Australian dollar weakness supported sentiment towards the stock as Westfield derives the majority of its earnings offshore.

Offshore property markets remained flat. For a second consecutive month the FTSE EPRA/NAREIT Global Developed Index returned 0.0% in US dollar terms. Continental European REITs were the top performers in May.

Global financial markets were mostly positive throughout May. With the exception of the UK and Hong Kong, most major equity markets recorded gains over the month.

The main drivers this month were concerns over weakness in China and increasing speculation of an imminent rate hike by the Fed. While renewed concerns over the impact of the UK referendum weighed on European markets.

The MSCI World Index rose by 0.2% in US dollar terms in the month of May and 5.27% in Australian dollar terms.

Emerging market equities were down in May with the MSCI Emerging Market Index down 3.9% in US dollars.

The stronger USD and declining commodity prices drove some markets with the Latin American region recording the greatest falls. MSCI EM Latin America fell 11.07%, once again driven by Brazil (-10.1%), the MSCI EM Europe, Middle East and Africa was also down 8.07% in US dollar terms.

SOURCE: Colonial First State. This information is current at 10th June 2016 but is subject to change