Where theres a Will, theres an Estate Plan  Well, there should be 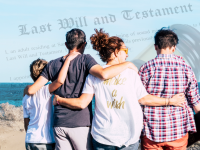 Let’s face it: no-one likes to think of death, especially their own. It’s not exactly a great conversation starter, is it? This might explain why so many people end up “dying Intestate” which means they die without a will and, as a consequence, have their assets distributed according to State law.

Can I Use Superannuation To Pay For A Funeral?

Over the past months, I have written a number of articles on paying for the cost of a funeral. No discussion would be complete without considering superannuation after death.

You normally can’t use your super until you reach your preservation age but there may be a way to have your super released early if you meet an eligibility requirement. In relation to estate planning the relevant tests would include;

How Much Does An Average Funeral Cost?

The price of a funeral will largely depend on what you decide to include in the ceremony. The devil is in the detail.

Covering The Cost Of Your Own Funeral

Your own funeral can be hard to think about, but some intelligent research and thoughtful planning could ensure value for money with that final big spend. The first step is to organise the funeral.

8 Tips To Reduce The Cost Of A Funeral

Granted – it’s not all about the money. But for many people, cutting costs on a funeral is important for their own lifestyle and welfare. Let’s look at some of the ways you can manage the costs. In my humble opinion, these tips seem pretty reasonable.

Should Your Children Have A TFN?

There are other administrative tasks that you may consider attending to at the same time, such as applying for a tax file number (TFN) for the kids.

With one in three first marriages and one in two second marriages ending in divorce, perhaps the biggest risk to your estate is not a GFC, it is poor estate planning. This is exacerbated by the increase in the number of blended families with ex-spouses, step-children, half siblings, etc. that create a whole new financial picture.