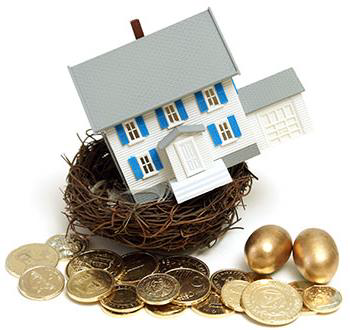 It’s been a tumultuous 12 months in the world of self-managed superannuation funds (SMSF) limited recourse borrowing arrangements, ever since the Financial System Inquiry (FSI) released its report in December 2014. There’s been a lot of speculation about what the government’s response would be and we finally found out… and it’s good news!

Why the concern? The final FSI report recommended the government remove the exception to the general prohibition on direct borrowing for SMSFs. More specifically, the report stated that the government should restore the general prohibition on direct borrowing by SMSFs by removing Section 67A of the Superannuation Industry (Supervision) Act 1993 (SIS Act) on a prospective basis. It described the problem as “growth in superannuation funds’ direct borrowing would, over time, increase risk in the financial system”. The inquiry noted an emerging trend of SMSF borrowing arrangements. Over the past five years, the amount of funds borrowed increased almost 18 times, from $497 million in June 2009 to $8.7 billion in June 2014.

Although the limited recourse nature of SMSF borrowings is designed to limit risk, the FSI report was skeptical, stating: “Because of higher risks associated with limited recourse lending, lenders can charge higher interest rates and frequently require personal guarantees from trustees. In a scenario where there has been a significant reduction in the valuation of an asset that was purchased using a loan, trustees are likely to sell other assets of the fund to repay a lender, particularly if a personal guarantee is involved.”

So it seemed that SMSF borrowing would be banned. The government’s response, released in October, stated:

“The government does not agree with the inquiry’s recommendation to prohibit limited recourse borrowing arrangements. While the government notes that there are anecdotal concerns about lending to SMSF’s, at this time the government does not consider the data sufficient to justify significant policy intervention. The government will, however, commission the Council of Financial Regulators and the Australian Taxation Office (ATO) to monitor leverage and risk in the superannuation system and report back to the government after three years. This timing allows recent improvements in the ATO data collection to wash through the system. The agencies’ analysis will be used to inform any consideration of whether changes to the borrowing regulations might be appropriate.”

This is very good news, particularly for any SMSFs hoping to purchase over the past 12 months who struggled to get finance, or those with off-the-plan purchases where they’re unable to draw down in the loan for long periods of time. It’s a bit too soon to say but we’re hopeful that due to the government allowing SMSF borrowing to continue, we’ll see the major banks re-enter the residential SMSF market.